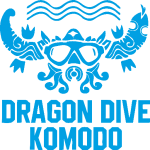 The Mandarindish (Synchiropus splendidus) is a photographer’s dream. Very shy and difficult to observe, it is one of the most beautiful fish that can be found in our oceans.

Mandarin Fish belongs to the dragonet family. They measure up to 6-7cm and have a lifespan in their natural habitat of 10 to 15 years. They live in groups of 2 to 5 individuals.

Their electric blue and fiery orange skin have made them a model for photographers around the world, as well as aquarists.

This species can be found in the Indo-Pacific zone in the interior of shallow lagoons and reefs, most notably in staghorn corals, which provide shelter from the outside world. They feed mainly on living microcrustaceans.

To defend themselves, the mandarin fish does not have scales but small spines that can inject poison when they are touched. It also produces a strong-smelling mucus that protects them from parasites and repels predators that get too close.

The reproduction of the mandarin fish is a rare show that must be seen at least once.

The mating happens at sunset and takes place in specific spots of the reef. Females go there in groups of a few individuals and males go by themselves. The different males then perform a courtship display to seduce the females, the largest usually being the winner of this duel.

Once the male is chosen by the female, they will connect together at the pelvic fins and swim together towards the surface just above the reef, and perform in dance. At the end of their swim, the male and the female will both release clouds of gametes into the water and the eggs will be able to be fertilized. At this time, the two individuals break away and return to hide in the corals and go about their respective lives. It takes about 24 hours for the larva to then emerge, and 2 weeks for the fish to mature into its adult form and choose where to live for the rest of its life.

Although mandarin fish are very shy creatures and can be seen most often at dusk, there are places around the world where they can be seen at any time of the day, such as the Komodo Park.

If you’ve always dreamed of seeing a mandarin fish, then go ahead and dive with Dragon Dive Komodo where the guides know the best spots to see them.

how to be a good dive buddy